How was the original pioneer born? It was in Spain where the history of this pastry dish began. It was conceived back in 1897 and its original version consists of a sponge cake well moistened in some sweet syrup, then rolled up and then its crown toasted. For whoever developed this dish, it seemed to resemble the silhouette of Pope Pius IX, hence the name.

It is very probable that the pioneer arrived in Argentina by the hand of the immigrant waves at the beginning of the 20th century. But as it happened with an important part of the Argentine cuisine, this Spanish recipe began its fusion with the enormous mixture of cultures that the world brought to this country.

The first to adapt to these new influences was the base of the pioneer. The Argentinean pionono arises transforming the cake into a very thin and flexible sponge, with a sweet taste, generally the thickness does not exceed the centimeter deep, this gives it a great ductility to be rolled with different fillings.

Sweet Argentine Pionono, a Christmas classic
A self-respecting Christmas celebration in Argentina cannot do without several versions of the Argentinean pioneer. It is also present in birthday celebrations and any meeting that deserves a good sweet table. The sponge cake plates are moistened with some syrup, which may or may not contain a small amount of liquor. Then the fillings are to election, the most traditional is the one of milk jam that can be combined with natural peaches or strawberries. A detail to be taken into account is that, at the time of rolling it, this procedure must be done very delicately to avoid the cake from breaking. Once rolled up, the Argentinean pionono can be covered with a bath of dulce de leche or chocolate. The dulce de leche filling can also be replaced with whipped cream.

Many mothers resolve with a pionono the visit of their children's schoolmates, they simply fill the bizcochuelo with dulce de leche, roll it up, cut it and go to the table with a steaming cup of coffee with milk.

The Argentinean pionono can be taken to the table whole or cut into slices one or two centimeters thick and thus decorate the table with those exquisite bites. This is already a classic of Argentine pastries. 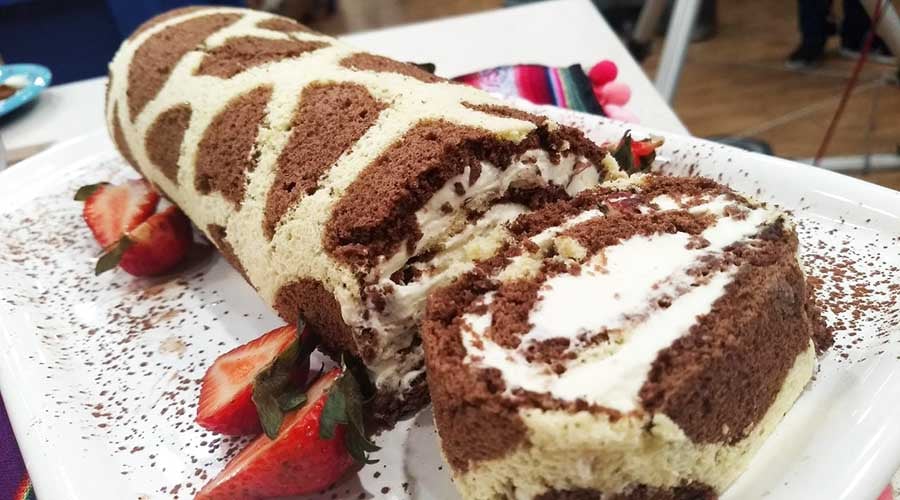 Salty Argentine Pionono, a world of appetizers
This way of preparing the pionono has given rise to a multiplicity of varieties that by themselves constitute entrances or to be part of an exquisite cold buffet.

For the preparation of the salty Argentinean pionono, the same bizcochuelo is used as for its sweet version, so we are in the presence of a dish that manages to combine in a very pleasant way, sweet and salty flavors.

The most traditional salty Argentinean pionono consists of spreading the bizcochuelo with mayonnaise or cream cheese, then placing cooked ham and palm hearts, rolling it up and cutting it into thin slices. This combination of flavors has conquered the palate of Argentines and has become a classic of Argentine cuisine.

But the imagination to combine flavors in the elaboration of the Argentinean pioneer does not recognize limits. Blue cheese, tuna, shredded chicken, different varieties of pre-cooked vegetables such as carrots, can be part of the choice to put together an eye-catching and tasty appetizer or snack.

It is very common that, in special celebrations such as weddings, guests are received with a drink and a few bites of Argentinean Pioneer salted with different types of fillings

There are also sweet and sour varieties of this dish, although the essence remains that of the salty pioneer. Next to the ham, small pieces of pineapple in syrup are usually placed in the filling, which gives our piononos a special flavour.

A simple, economical and attractive dish for our table
Opting for the Argentinian pionono, either in its sweet or salty versions, to be served at our celebrations, provides us with a great simplicity. Nowadays, the bizcochuelos to make pionono can be acquired at any bakery, supermarket or bakery. Stuffing them involves a fairly simple task and the ingredients, in most cases are quite economical.

The Argentinean pionono is not part of the menu of the restaurants. Its place is reserved for family gatherings, big celebrations or simply because we feel like tasting this dish of Argentinean cuisine.