The origin of the famous Argentine minutes

There is not an exhaustive definition of the dishes that should be considered minutes, but there is a common characteristic that defines them. They are dishes made up of the simplest and most popular Argentine foods. The main base of these dishes, which make up the Argentine minutes, is meat and pasta, but we would be miserable if we exhausted the list only in them.

The minutas argentinas allow the diner to make a whole series of combinations when asking the waiter for our dish. There we can combine different offers of the main ingredient, steaks, milanesas, etc. with different varieties of garnishes. The same goes for pasta, where the distinctive element will be the different types of sauces.

The queen of the Argentinean minutes
If there is one dish that can proudly display the title of being the most requested by those who sit in a restaurant to eat an Argentinean minute, that is the classic Milanese with fries.

That's right, the milanesa con papas fritas takes the prize for popularity. You can vary the type of milanesa, beef milanesa, chicken milanesa and even soy milanesa, for those who make a cult of vegetarian cuisine. The thick, crispy fries are the ideal companions in this minute.

For those who want to give a twist to this dish, a classic of the Argentine Minute, there is the option of ordering the Milanese a la Neapolitan. The typical meat milanesa, seasoned with tomato sauce on top, a slice of cooked ham and a slice of fresh cheese, a touch of the oven and you're done.

Some diners do not want to abuse so many fried ingredients in their dishes, for them, the Argentine Minutes offer the option of changing the fried potato garnish for a mixed salad or mashed potatoes. 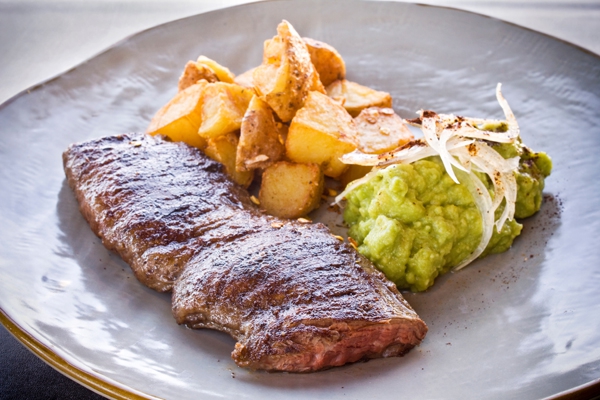 Pasta in the Argentinean Minutes
Pasta, inherited from our gringo grandparents, is an essential part of Argentina's minutes. We will not find here dishes of excessive elaboration, on the contrary, the minutes menu will offer us the four basic pastas: noodles, gnocchi, ravioli and cannelloni.

These four varieties of pasta can be combined with simple rooms and very popular in the Argentine cuisine, filetto sauce, bolognaise sauce, pesto, or a combination of tomato sauce and cream. These combinations of pastas and sauces are the base that tries to conform most of the palates.

Of course, each pasta dish will be accompanied by a small cup of grated cheese to give more flavor and body to our minute.

Other classics of the Argentinean minutas
We have already pointed out that the list of dishes in Argentinean cuisine that can be considered to be minute could be endless, it is enough to be characterized by its simplicity. But there are certain foods, some of them we could consider genuine Argentinean sandwiches, which are a must in the menu of the restaurants that offer minutes.

One of the most popular is the grilled costeleta. This dish can be served with mashed potatoes, with salad or with French fries. A more substantial version is the famous "costeleta a caballos" which consists of serving it with one or two fried eggs on top. The pleasure of spreading the bread on the egg yolk is incomparable! Another version of this dish is the famous bife de chorizo or entrecôte, a cut that consists of boning the costeleta but thicker and is usually grilled.

The potato tortilla is another Argentinean dish, but with a particularity, it can be served as a main ingredient, accompanied by a mixed salad or as a garnish for some milanesa, costeleta or suprema de pollo. The potato tortilla, which we adopted from our Spanish roots, can be made with onion or the traditional Spanish tortilla, which in Argentina we have learned to replace the red chorizo with salami.

In winter, some restaurants choose to have an attention with their customers and before the minute dish we have ordered, the waiter will arrive at our table with a steaming bowl of soup that will serve to warm our body and spirit.

The Argentine Minutes have conquered the taste of Argentines with the simple argument of emulating home cooking. Sitting down in a restaurant to eat a minute is like being in the kitchen at home with a very hot dish of our most traditional foods, because in that worship that we Argentines do of every act of our lives, there will be no lack of the phrase "I eat in that restaurant because they cook just like my old lady".
Written by: Argentina Local Expert
PUBLISHED: Jun 19th 2020