Let's take a look at the history of Argentine cuisine


During the whole 19th century, Argentina was outlining its economic profile and this was done according to the requirements of world trade. After independence in 1816 from the Spanish monarchy, Argentina began to receive a strong commercial, political and economic influence from the British Empire. Thus Argentina was defined as a strong producer of meat and cereals, little industrial development and an economy based on the production of primary products. As it could not be otherwise, the Argentine cuisine was very settled in these products: meat, wheat, corn. That's why, if we want to talk about truly native food, the list would be quite short, the asado, the locro, and some derivatives of the flours, like the empanadas that combined a little of each thing.

This primary economy served for the economic growth of the social classes that owned the cattle and the land, but very far from a harmonic development, which determined the birth of big pockets of poverty. In these social sectors, the Argentine cuisine was limited to what the rich of the time contemptuously called "olla podrida" (rotten pot), which was nothing more than the puchero (stew), boiled meat with bones next to vegetables and corn. Today we all know that puchero is part of the menu of the best restaurants of Argentine cuisine.

Towards the end of the 19th century, Argentina had a very extensive territory and a very small population in the main cities, which is why the arrival of immigrants was promoted through successive laws. This was to be a determining factor in the birth of the Argentine cuisine we know today. Millions of immigrants from all over Europe and the Middle East were modifying the culinary profile of Argentina. This radical change simply consisted of a better use of the ingredients and products already in existence. Each national heritage gave the Argentinean cuisine a new touch. 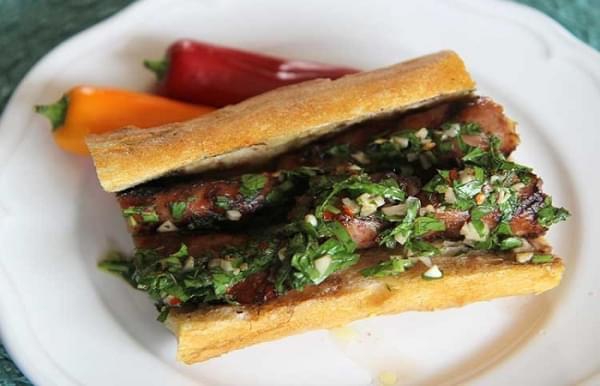 From Italy with love
Italian cuisine is going to be a determining factor in the new definitions of Argentine cuisine. The most important contribution was the elaboration of pasta. In this way, the ease of access to flour began to be used in a different way. Noodles, gnoccis, were common in the conventillos of Buenos Aires, where, in spite of the poverty, the inventiveness of the Italian cuisine helped to alleviate the needs. This great availability of flour, combined with the Italian influence will lead to the birth of a new way of making pizza. Unlike the one that was consumed in the peninsula, here it began to be made with a high dough, the objective was simple, it was necessary to fill the stomach of the diners.

The Italian cuisine took for itself the best of the Argentine products and gave birth to a new cuisine that had to impose itself in the midst of privations and needs.

Spanish cuisine, a constant presence
The colonization of America by the Spanish has always had a strong influence on Spanish cuisine, first in the lands of the Rio de la Plata and then in the nascent Argentina. In fact, the majority of the population was made up of native Spaniards and Creoles - children of Spaniards born in these lands. But the immigration at the end of the 19th century also brought its own contribution from the Iberian Peninsula, as Argentina opened up to new Spanish contingents, this time coming from all corners and above all from the most impoverished social classes, who contributed their inventiveness to survival. Stews and the aforementioned puchero are exquisite legacies from old Spain. Desserts such as the pionono or alfajores are also the product of the influence of Spanish cuisine. 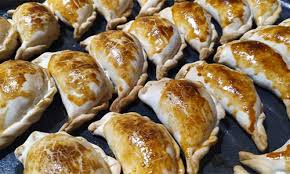 The foods of the world gathered in Argentina
While it is true that the greatest influences came from Italian and Argentine cuisine, immigration brought contingents from all over the world to this country. Thus, hundreds of Central European families made their way to the Argentinean coast - made up of the provinces located in the east of the country. Germans, Poles and Austrians populated that area of Argentina and there, even today, we can taste the delicacies of those regions. A good goulash, sauerkraut and many other dishes.

European cuisine has been a determining factor in the creation of what we know today as Argentinean cuisine, a gastronomy that has already earned its own international fame, thanks to the goodness of its ingredients and the creativity of which we are capable in these latitudes.
Written by: Argentina Local Expert
PUBLISHED: Jun 19th 2020