Land of Contrasts
Who only knows some isolated facts about Argentina, will never imagine the wonderful contrasts that this region of our country presents...the colours of the earth and the hills are confused in intense reds, dazzling ochres, permanent blue skies, without clouds, without shades....s only once in a while the silhouette of some cardon in the horizon of a pronounced ravine, that like a standard supports the rigours of a climate that metamorphoses according to the place and the environment.

An Ancient and Complicated Origin
This region was part of the Brasilia massif, one of the areas in South America that contained the oldest rocks. Wear and tear and erosion were a constant during the different geological eras... until in the more recent Cenozoic the emergence in the west of the Andes produced an almost massive ascent of these hard and resistant rocks, causing immense fractures, the rise of blocks and the consolidation of a true altiplano. This formation is called Puna in Argentina, and is of such dimension that exceeds the limits of our territory to form the Bolivian Altiplano and in Chile the so-called Puna de Atacama 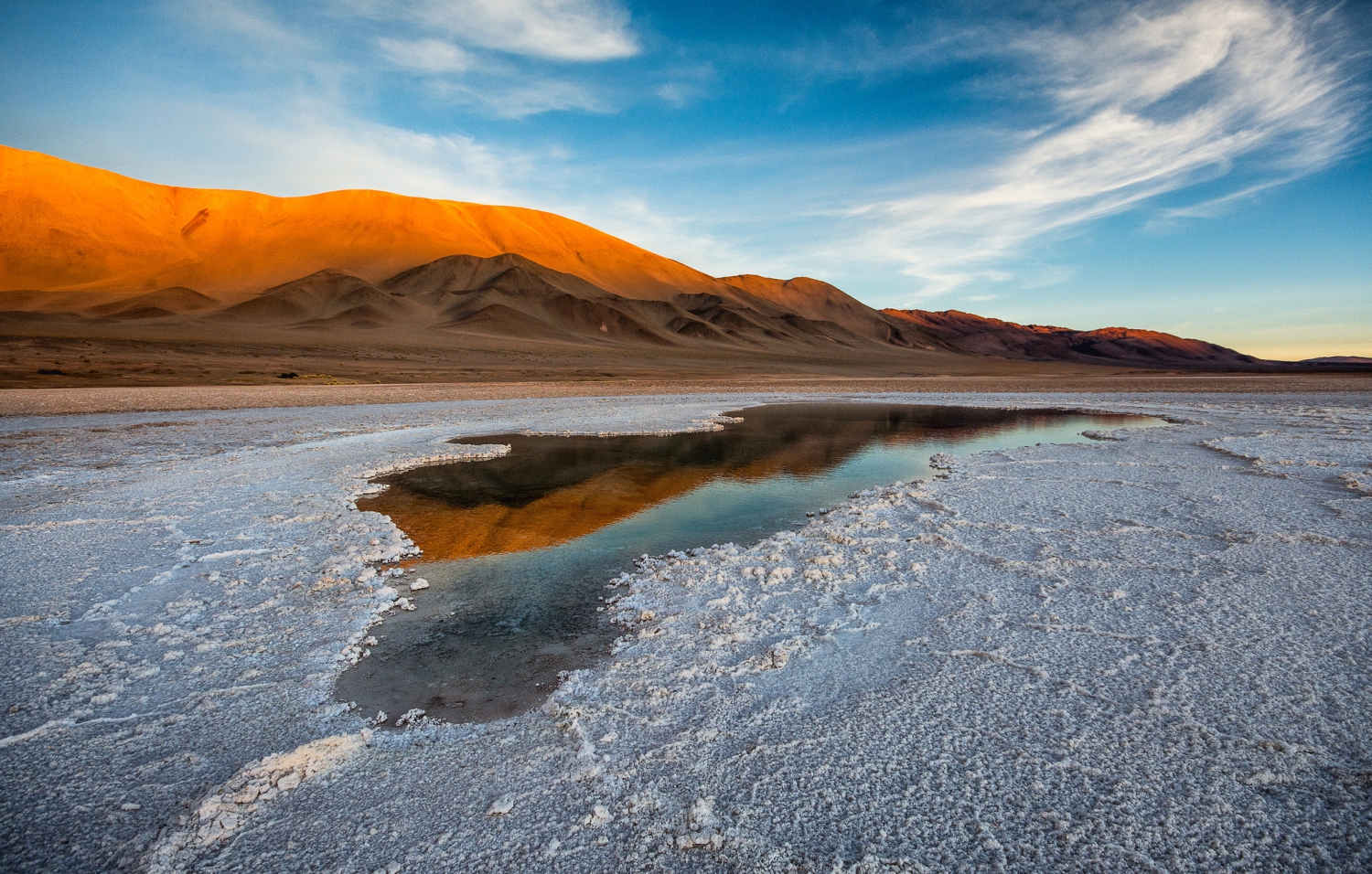 Rigorous Climate
If we have to define in a few lines the climate of this Argentine region, we must say that strictness is the characteristic feature... The altitude (in some cases it can reach 4000 meters) sometimes defines thermal amplitudes that can reach up to 40° C. 80% of the region is located in a desert climate, with annual rainfall of less than 200 millimetres, with days of high temperatures and nights in which these descend several degrees below zero.

Only some regions have special microclimates, often favoured by the arrival of humid winds from the east, with vegetation rich in species, ironically giving rise to a lush forest where vines and epiphytes can be seen.

The Great History of the Incas
One of the most celebrated cultures in the history of South America derived to this soil, they built roads, citadels, real fortresses. They were hardy people who defended their land, their crops often with their own blood. 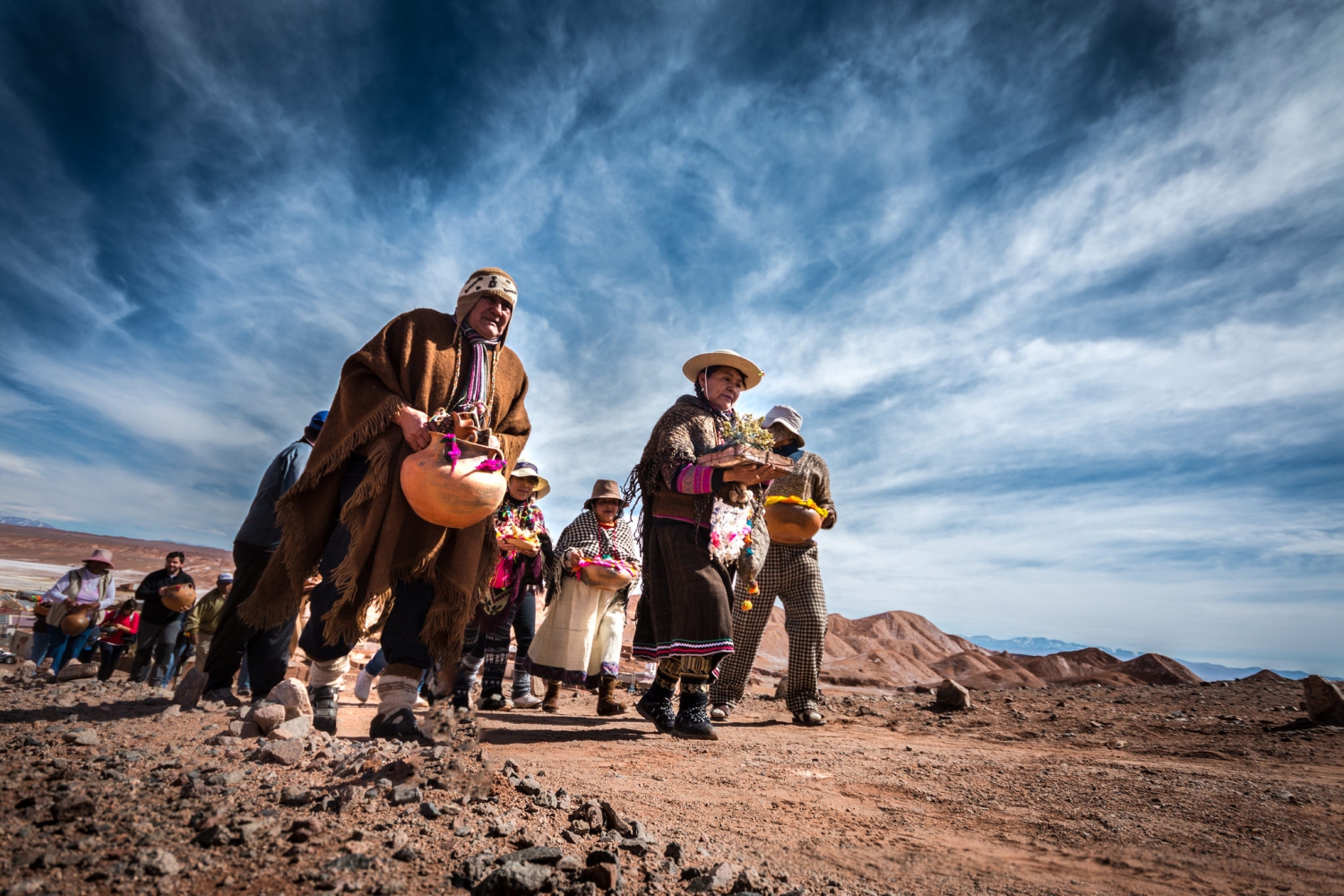 The Calchaquí culture was responsible for leaving its mark on every corner, there are many archaeological reconstructions of entire cities that allow us to discern their way of life, their beliefs, their customs. Drinks and meals offered in honour of the Pachamama (Mother Earth) augur well for a prosperous year where crops will come to fruition and livestock will reproduce as never before.

The Christ Of The Aborigines
The Jesuits played an important role in the history of this territory. In the numerous chapels the "Aboriginal Christs" live together Both styles are exhibited without preponderance or competition.

Time well spent
If you want to take part in a different carnival, with masks and music by erkes and charangos; if you want to relive the defensive life of the aboriginal peoples; if you are interested in recovering the moment of the declaration of independence of our country, if you want to climb "to the clouds" on one of the trains whose layout is a magnificent work of engineering, if you want to eat the best tamales or humitas...

The Argentine Northwest awaits you...

Keep reading, plan your trip and enjoy it!