The world in Argentinean cuisine

Unlike the rest of Latin American cuisine, Argentinean cuisine is the least influenced by the pre-Hispanic cultures that dominated America before the arrival of the conquistadors. Of course there are some exceptions, in the north of Argentina there is still a strong influence on the most typical dishes, from the Inca cuisine.

The great influences on Argentine cuisine
Argentina has an important territorial extension, and most of this territory has been blessed by nature for the production of cereals and cattle. Cattle breeding spread throughout almost the entire territory, and today the cuts of beef are recognized worldwide. The Argentine cuisine has an almost unbeatable record, the highest consumption of beef per inhabitant, currently is almost 100 kg per year per capita, although in the late nineteenth century, was almost 180 kg. The large production of wheat and corn has made these basic products of Argentine cuisine, in fact, for many years, Argentina was called "the granary of the world".

Since the first conquerors settled on the banks of the Rio de La Plata, Argentina has incorporated each of the culinary customs that they brought with them, including a strong influence of African customs, brought to the country by the black slaves. The absence of mining in Argentina meant that most of the slaves worked in domestic service, thus facilitating the incorporation of their own customs into Argentinean cuisine.

Later, and since the end of the 19th century, the country received strong waves of immigration from Europe and the Middle East. These different currents of immigrants were distributed throughout the territory, until then sparsely populated and thus the cuisine of the world was gradually merged with Argentine customs to create a unique cuisine. 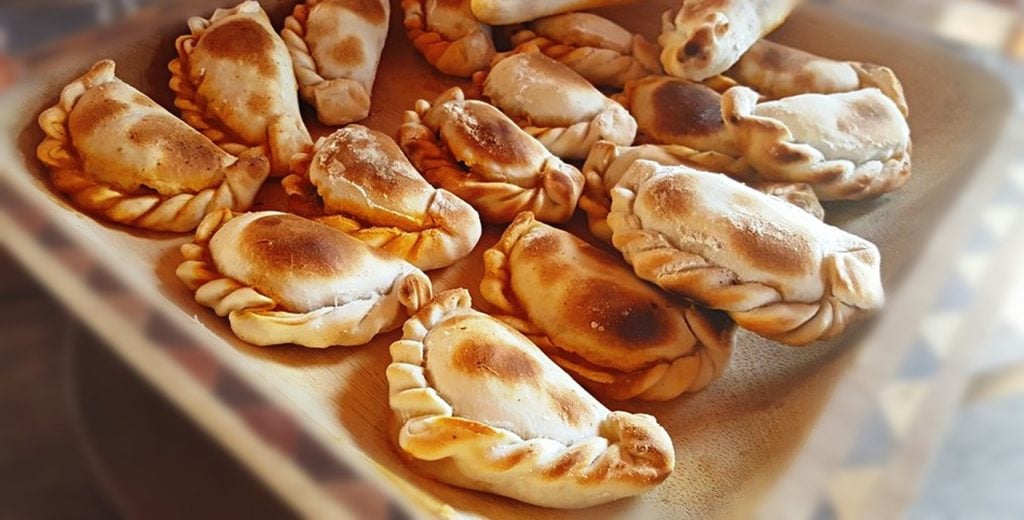 The typical dishes of the Argentine cuisine
Of course, Argentine gastronomy has its "star dish", no matter what region of the country one is in, we are talking about the typical "asado criollo". The "asado criollo" is characterized by the enormous variety of cuts used, the dedication that the "parrillero" - the name given to the person responsible for making the "asado" - puts into the care of each piece of meat, the different ways of roasting the meat. All this makes up a dish that, and we can say this with complete certainty, cannot be savoured in any other country. Asado is one of those Argentinean dishes that has already transcended gastronomy to become a "ritual" that gathers families, friends, acquaintances, co-workers, all around a grill.

The locro is another typical Argentinean dish. This emblem of Argentine cuisine is based on white corn and pumpkin, combined with other ingredients that make up a kind of "stew". The locro is a food with a strong Spanish influence. There is almost a calendar for the consumption of locro in Argentina, since it is the dish that stands out in most of the national dates. The May Revolution, the Independence and the Workers' Day are dates where Argentine families gather around a huge pot of very hot locro, accompanied by that exquisite spicy sauce based on chili and onion.

We do not want to forget about the empanadas in this brief tour -which we will expand through these pages-. This is another dish of the Argentinean cuisine with a great Spanish influence but which the Argentinians have known how to adapt perfectly to their customs. Each region of the country can proudly display its own empanada recipe: very spicy, very mild, some sweet, others with a lot of onion, there are juicy ones, but all of them with a meat base in their filling.

Finally, we invoke the god of temptation to talk about the traditional dulce de leche, a product that has been made since colonial times. Dulce de leche is eaten by spoonfuls, spreading the bread and if it is accompanied by butter... Better! But it is also the filling of the traditional alfajores of dulce de leche. Not eating them is like refusing to visit paradise.

From these pages we are going to start a journey. The one that will take us to every corner of Argentina, through its gastronomy. It will be a long trip, full of flavors and stories. Each one of the Argentinean dishes has a lot to tell us and for us to enjoy them, just by imagining them.